South Africa are going through a transition. They haven’t had the best of times over the last 12-15 months. Irrespective of the format, the Proteas have struggled. They had a poor World Cup and they’ve blown hot and cold severely in T20Is. But it’s Test cricket where they’ve struggled the most. South Africa have won just one Test match in their last nine games. They’ve lost two back to back series at home apart from the 0-3 drubbing in India.

Thus, ahead of the 2019-20 home summer, the coaching staff underwent an overhaul. Mark Boucher was appointed the head coach, Charl Langeveldt came in as bowling coach and Graeme Smith walked in as the Director of Cricket. However, Smith’s position was an interim one and it has now become permanent.

The introduction of these legends didn’t really have a big impact straightaway as South Africa lost 1-3 to England in the last home Test series. That led to Faf du Plessis stepping down from the role of Test captain. He was even rested from the white-ball formats and stripped off captaincy. Quinton de Kock took over as captain. After du Plessis stepped down as Test and T20I captain, there were rumours that de Kock might take over and ascend to the captaincy throne across formats. But Smith has made it clear that de Kock will not be South Africa’s Test captain and he will continue leading only the white-ball teams.

“The one definitive answer that I can give you is that it’s not going to be Quinton. I can’t tell you who it’s going to be,” Smith said when he was asked about who will replace du Plessis as the Test captain. While it seems Quinton de Kock might be the best man possible to lead the Test team as well. But it’s fair that South Africa don’t want to burden him from all corners and want to keep him fresh, as Smith mentioned in his online presser.

So, who will be South Africa’s next Test captain? Their next assignment is their tour to the Caribbean in July-August later this year. However, that is uncertain to go ahead and with cricket showing no signs of returning, the Proteas are in no hurry to name their Test captain. But here, we jot out four possible candidates who could well don the captain’s hat in Test captain for South Africa. 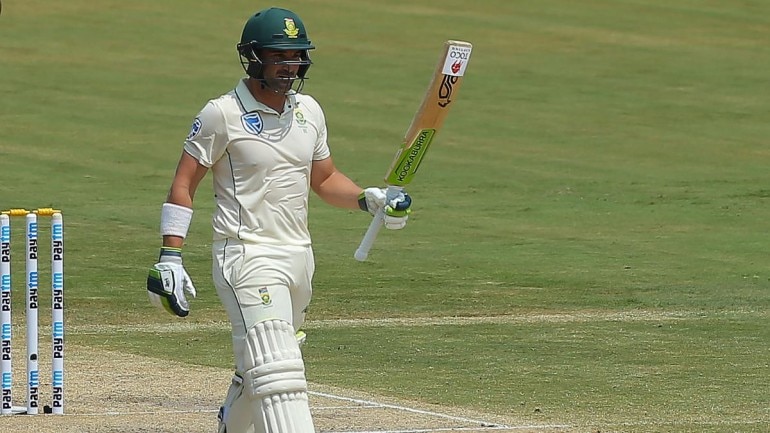 Dean Elgar might as well be considered as one of the favourites to take over the role of Test captain. He is among the very few players in this current South African side who has experience of leading the side at the international level. The 32-year-old first lead in England in the first Test in 2017 and then in the third Test against Pakistan in January 2019, both came in the absence of regular captain who missed both Tests due to different reasons.

The left-handed opener has been a consistent player for the Proteas at the top of the order. He is among the senior group of players and is one of the only two players apart from du Plessis who have played more than 50 Test matches in the current lot. The experience might come into play and moreover, he’s been around for almost eight years now.

But one thing might go against him and that is his current form. Elgar has struggled for the last couple of years. The question might be, will South Africa keep faith in the gritty left-hander and hand over the captain’s armband despite his scratchy form? The only South African player in the history of cricket to ever win an ICC trophy is Aiden Markram. He led South Africa to the Under-19 World Cup title in 2014 and since then, he’s been deemed as a future captain. The Centurion-born cricketer made his international debut back in September 2017. While his form has swayed around in the shorter formats, he has been South Africa’s premier opening batsman in Test cricket.

The promising opening batsman had a rousing start to his career before he was found out in the subcontinent as he had massive failures in Sri Lanka (2018) and India (2019). Moreover, Markram has been slightly more injury-prone which has meant he’s constantly in and out of the side. He was ruled out of the England Test series after the first Test as he fractured his finger.

Hence, it may be a tough call to go with him but Markram has captaincy experience on his side. Not only at the Under-19 level, the opening batsman has even led the Proteas in ODI cricket back in 2018 when a couple of senior players were injured in the ODI series against India.

Markram has made a strong comeback from injury and has scored a lot of runs in domestic cricket. But being injury-prone will affect his case quite a bit and there will be some doubts over passing over the captain’s baton to Markram. 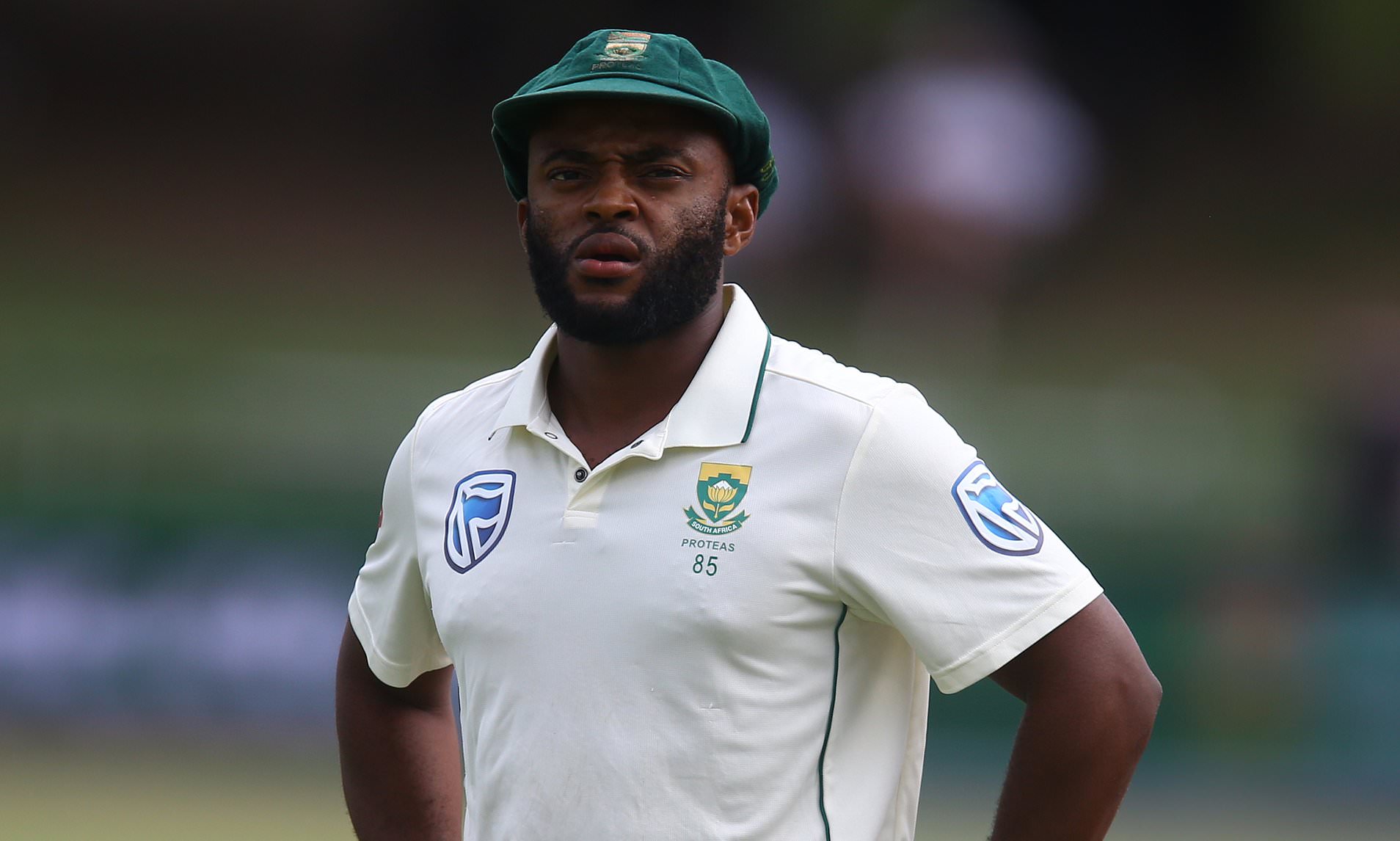 It is not known or highlighted much but Temba Bavuma was South Africa’s Test vice-captain for the last couple of Test series against India in India and against England at home. However, an injury ruled him out of the first Test at home against England and he was subsequently dropped for the next two Tests on the back of a poor 2019. But he did make a comeback in the last Test of the series after he scored a fine 180 in a four-day game for the Lions.

With Bavuma back in the side, the spotlight will be on him as far as the Test captaincy is concerned. Despite playing 40 Test matches, Bavuma averages just 30.75 in Test cricket. There’s been often criticism on him as a batsman and his inability to convert his starts. The captain’s armband may just help him take his batting to another level.

The 29-year-old has the experience of leading his domestic side, the Lions who have ended up winning the championship in over the last two years. Former Proteas team director Enoch Nkwe even said that it wouldn’t be a surprise to see Bavuma in a leadership role and said that he could take over from du Plessis if he finds form.

Moreover, with Bavuma doing well in domestic cricket and white-ball cricket for South Africa, the confidence will be back. He could be a serious contender but the question would arise that he was dropped only two Test matches ago and when someone isn’t confirmed about starting in the XI, how could be assured as a captain?

This might be a surprising name but Rassie van der Dussen could well be a dark horse here. There are plenty of questions that will arise. One, he is 32 years old. He has played just four Test matches. He’s just played a couple of seasons of international cricket. Moreover, he doesn’t have a lot of captaincy experience either. It could be a big risk.

But barring the age factor, didn’t Graeme Smith himself take over with very less experience and without much captaincy exposure? All Smith had played were eight Test matches before becoming Test captain. In his online press conference after being confirmed as the director of cricket for South Africa until 2022, Smith even said that taking a risk on this matter is an option and it is something the Proteas team management are willing to jump into and discuss.

Van der Dussen has been a very consistent performer for South Africa in the limited international cricket he’s played. He was the best batsman for Proteas in the World Cup and apart from de Kock, van der Dussen was the only other player who got runs consistently in the Test series against England.

Therefore, he could be an option and not a bad one too. He isn’t carrying a lot of baggage either and could well bring in some freshness at helm in the Test team.