The ninth edition of the Caribbean Premier League peaked on Wednesday as Guyana Amazon Warriors got the better of four-time champions Trinbago Knight Riders in mouth-watering clash which was decided by a super over. The dynamics of the match ensured that spectators were glued to their TV screens throughout the encounter.

Romario Shepherd was adjudged man of the match for not only picking up 3 wickets during his 4-over spell, but for defending a small total of 6 runs in the super over as well whilst picking up the essential wicket of Kieron Pollard in the process. However, the most exciting moment of the match came when Shepherd was batting at the non-striker’s end.

It was the 18th over of the match and Ravi Rampaul was bowling to Nicholas Pooran, who was well set on 27 off 14. The Punjab Kings batsman went for a fancy shot around extra cover and perished as he could not clear the fence. Akeal Hosein had just taken a spectacular catch!

One of the greatest catches ever – Akeal Hosein.pic.twitter.com/b7F92jdbuO

The 28-year-old had to make up some ground in order to complete the catch. Just as the ball approached him, he made a giant leap and managed to catch the ball with his left hand. If his jump was mistimed, he could have easily ended up on the other side of the boundary but when he opened his eyes, he realized that he had taken one of the catches of the tournament.

Hosein ran the length of the field in ecstasy. Not only was the catch brilliant, it had great bearing on the result of the match as Pooran was batting well and could have easily won the match for Guyana Amazon Warriors. Hosein had a match to remember as his bowling figures read 1-16 in his 4-over quota.

Also Read: Why Sunil Gavaskar was wrong to criticize the umpires for Rishabh Pant dismissal during the third ENG vs IND Test

While it was a great individual performance for Akeal Hosein, his team could not win the match in the super over. This leaves Trinbago Knight Riders on 3rd place on the points table with 2 wins out of 5 matches. The Kieron Pollard-led side will face Jamaica Tallawahs in their next assignment on Sunday. 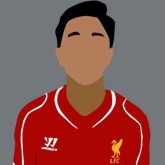 WATCH: QDK’s ridiculous leg-side stumping that got the stamp of approval from world’s best

Leg side stumpings are hard, and we’ve seen several wicketkeepers struggle to effect those under pressure in crucial junctures of the game. On Wednesday, Quinton...