577
0
Over the years the Trans-Tasman rivalry has seen some hard fought, nail biting and competitive games but I’m afraid the most recent installment of this year’s old rivalry hasn’t really lived up to the billing thanks to some dominating Test cricket from one of the toughest sides to beat in their own backyard –  The Australians. As New Zealand come to the end of their tour of Australia let’s take a glance at five takeaways for the Kiwis from this tour.
The form of Kane Williamson
It’s not always that you associate the likes of Kane Williamson with poor form but it has been a very below par series for a player of his standards. He has just 57 runs to his name off the four innings he has played on this tour. It might be just a one off series for Williamson but it has come at a very bad time for New Zealand who have suffered  a lot of injuries to key personnel on this tour and needed their star batsman to step up.

Kane Williamson averaged just 14.25 this tour with a high score of 57

Stumbling in the big challenge
While embarking on this tour ,New Zealand were as well prepared as they could be with a successful World Cup campaign and home series victory over England and to add to that they boast of a very successful record in Test cricket since 2017. Setting that aside what is worrying for this New Zealand side is that they have cracked under pressure in one of their biggest challenges in recent times. It’s a fact that they have been heavily affected by injuries but you expect more competition from a side ranked No 2 in World Cricket at the moment.

Are New Zealand really a dominant force in test cricket?

Wagner, Blundell and Phillips flying the Kiwi flag high
Australia have dominated this series at home but you wouldn’t find a certain Steve Smith at the top of the run charts and the reason for that is Neil Wagner. The effort and heart Wagner showed for the Kiwis this series has been terrific and wonderful to watch. He has found a ploy to get one of the finest batsman going around in World Cricket at the moment four out of five times they have come across each other this series. Wagner bowled his heart out for the Kiwis

Tom Blundell scored a century on debut two years back but was dropped after two Tests and has been fighting for a chance since and finally got an opportunity in a Boxing Day game at MCG.  Oppurtunities don’t come bigger than that to make a mark and Blundell grabbed it with both hands scoring 121 against probably the best bowling line up in their own backyard. He is a man who works bloody hard on his cricket and his success is not a surprise to many. 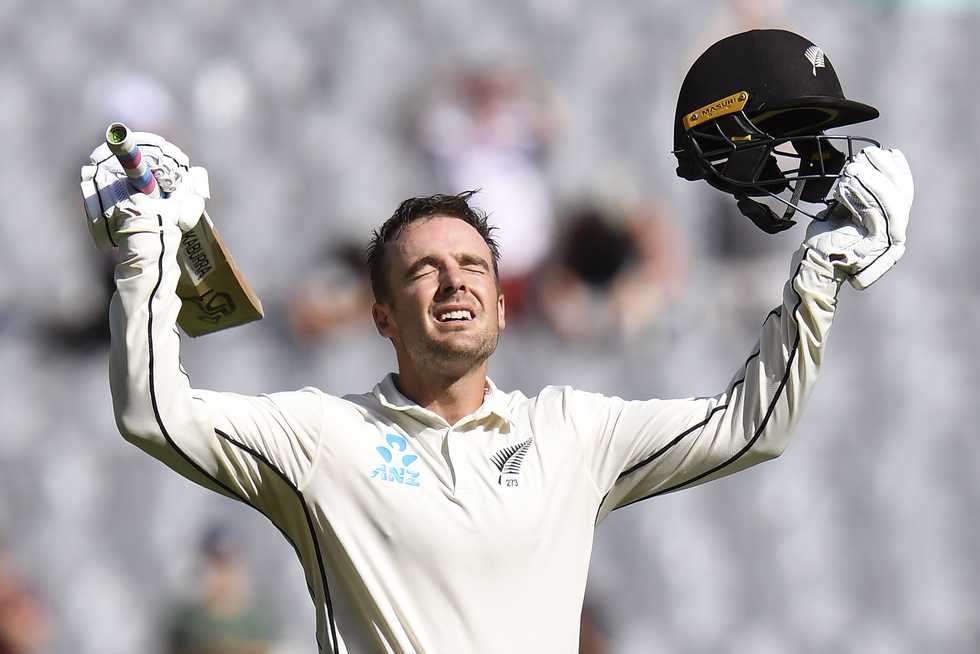 Tom Blundell after his century at the MCG

Another spark for the New Zealand side has to be Glenn Phillips, a man who was not expecting a call up to the Test team 12 hours before the game and to come and score a 50 on debut speaks highly of his character. For a player mostly regarded as a T20 specialist – despite his recent first-class form – this is quite a start.
Inconsistency around team selection
One thing about consistent sides around the world is they don’t do a lot of chopping and changing around their playing XI. There is a reason successful teams refrain from changes and that is to make the players feel at home but that wasn’t the case for Jeet Raval.  After making a lot of good strides as an opener in Test cricket he was dropped from the starting XI after some poor scores and again brought back into the side for the final Test match after a flu ruled Henry Nicholls out. It’s true that they don’t have another option but it’s not a state to be in mentally if you’re Raval. Another shocking selection was that of Matt Henry for Tim Southee at a time when many of the senior players were injured. It was a strange call to drop the experienced Tim Southee after he had 12 wickets in the first two Tests.
Colin De Grandhomme, the all-rounder

There have been doubts around the value of De Grandhomme in this Kiwi squad but he has time and again proven them wrong. There might be something to ponder over regarding his shot selection in crucial situations but he has shown his value in this squad scoring 148 runs batting at No 7 and with some big scalps to his name. He also impressed operating with the new ball in the absence of their regular new ball bowlers.
Previous PostBPL 2019/20: CCH vs RAR Dream11 Fantasy Cricket Prediction & Tips, Match 36: Chattogram Challengers vs Rajshahi Royals Playing XI, Dream11 Team, Pitch Report and Weather Update Next PostIN-Y vs NZ-Y Dream11 Fantasy Cricket Prediction – Match 6 of Quadrangular U19 Series: India U19 v New Zealand U19 Dream11 Team, Probable Playing XI, Pitch And Weather Update

4 thoughts on “AUS v NZ: 5 takeaways for New Zealand from the Australian tour”