“Change is the law of Nature” – it enthuses freshness, leads to the inclusion of new, hitherto untried, ideas and can even lead to the acceptance of something or some idea which was behaved with, till now, as an outcast. Similar is the case with the regime change in the top-management circles in the Indian Cricket. It was the former Indian Captain Sourav Ganguly’s ascension to the BCCI top-job which led India to take on what is for them an alien world of play – The Pink Ball Test or the Day-Night Test.

The first-ever Day-Night Test was played between Australia and New Zealand way back in November 2015. The prime reason for India’s late foray into the Day-Night Test World was BCCI’s apprehensions regarding this version of the longest format but all that is now set to go for a toss as India will be hosting Bangladesh in what will be the first-ever Day-Night Test for both the subcontinental nations. The iconic Eden Gardens Stadium, Kolkata will be hosting the Pink-ball affair on 22nd November. Here are some points of curiosity from the historic affair-

Day-Night Test: Things to look forward to in the forthcoming Pink-Ball Contest

The ball which will be used in the historic affair has been manufactured by SG – ball manufacturer for India’s domestic games. While the cricketing world has seen the treacheries of the Kookaburra Ball under the floodlights, there is a fair amount of curiosity regarding the behavior of the SG Pink balls which will be used for the match. According to Wasiullah Khan, the chief ball inspector at SG, the Pink ball will be having a more pronounced seam than its Red counterpart produced by the company. This has been done, by incorporating linen along with synthetic in the seam thread, in order to prevent the ball from losing its shape early and to help spinners in gripping the ball better even after the passing of 40-45 overs.

2) Who will rule the roost? The Batsmen or the Bowlers

Daniel Vettori, former New Zealand Captain and Bangladesh’s Spin Coach, mentioned in a recent talk to reporters that the Pink ball behaves normally in the daytime and the whole excitement about its extravagant behavior comes in the time of play under the lights. But the views of Wasiullah Khan are slightly different in this regard. “There is no doubt that there will be more than usual swing in the starting overs. The first 10-15 overs will see plenty of swing and the ball will remain new for a longer time.”

However, both the experts were on an even keel when it came to the role of spinners in the Day-Night affair. While Vettori spoke about spinners’ importance before the sunset (that’s when the favor starts to tilt towards the faster bowlers), Khan was optimistic that the hand-stitched, more pronounced seam of the Pink SG ball will aid the spinners in having a good grip which will help in extracting more turn and bounce even after the ball is 45 overs-old.

Cheteshwar Pujara, India’s Test no.3, has had some experience of previously playing under the lights when he top-scored (453 runs) in the 2016 Duleep Trophy. Although that series was played with Pink Kookaburra Ball, Pujara downplayed the argument that the Pink ball changes its behavior massively under the lights. The 31-year-old batsman, however, did acknowledge the difficulty of spotting the ball from a batsman’s perspective in the twilight hour (transition period from natural to flood lights).

Ajinkya Rahane, after his Pink Ball practice sessions, vouched for playing late as the key to tackle any vagaries of the Pink cherry while captain Virat Kohli was confident about it helping the faster bowlers but was unsure about its behavior once it gets old. Overall, there is a kind of mixed feeling which can’t be satiated much before the actual action at the Eden begins.

While it’s a new experience for both the teams, a couple of players from the present Indian outfit have reveled in the Pink ball conditions previously. Cheteshwar Pujara has previously played and top-scored in the Day-Night Duleep Trophy edition in 2016. Pujara piled up 453 runs from just 3 innings for India Blue in that tournament. He will certainly look to build upon that prized experience of the past.

Mohammed Shami, who recorded figures of 7/58 in the first Test of the ongoing series, can come back to haunt the Bangladeshi batsmen again as he powered his team, Mohun Bagan, to a 296-run victory on the back of his 7-wicket match-haul in the day-night final of 2016 CAB Super League. Besides the experience of bowling with the Pink ball, the already established behavior of Pink ball under the lights and his current red-hot form surely tip him to be the showstopper for the historic Eden Spectacle. 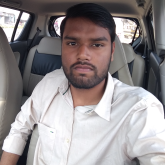