The left-handed batsman has a lot of experience and has been playing all forms of the game for a decade now. He made his first-class debut for Gauteng back in 2009 before moving to Wellington in September 2017. The 28-year-old has played more than 100 first-class games and averages 47.00 while averaging 44.98 in List ‘A’ and 39.66 in T20 cricket.

Back in 2009, when Neil Wagner was trying to move out of South Africa and ply his trade elsewhere, he nearly landed with a Sussex contract. However, he opted to travel to New Zealand and it was the former New Zealand head coach Mike Hesson who played a key role in Wagner’s arrival in New Zealand.

Not many know that Wagner has actually fielded for South Africa in a couple of Test matches. The Pretoria-born pacer made his first-class debut (in 2006) for the Northerns and played alongside the likes of Paul Harris, Alviro Peterson and others. But with Wagner way behind the pecking order among fast bowlers in South Africa, he decided to move out.

The left-arm fast bowler had instant success with Otago and he hasn’t looked back since. After wreaking havoc in domestic cricket for a few years and after his mandatory four-year residence in New Zealand, Wagner turned up for the Blackcaps in 2012. He’s become New Zealand’s premier Test bowler and is the second-fastest Kiwi to reach 100 and 200 Test wickets. 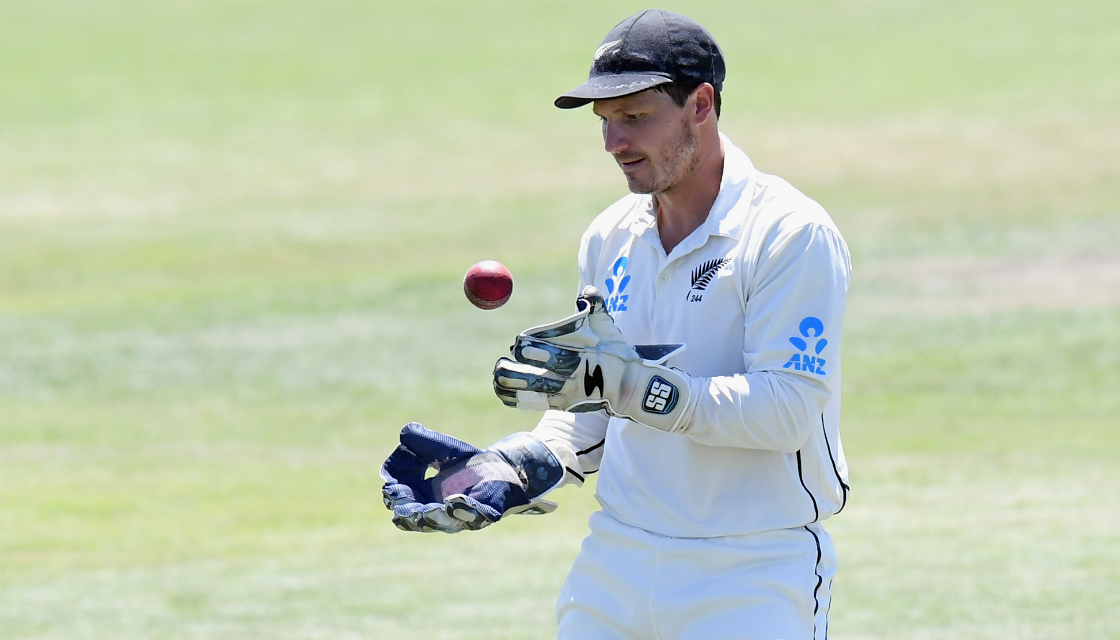 Like Devon Conway, BJ Watling is also another South African who has gone on to represent New Zealand

Here is a cricketer who moved to New Zealand even before he completed schooling or even took up cricket seriously. BJ Watling is a Durban-born but his first competitive cricket was for New Zealand. Before he could even press for a spot in the domestic side, Watling was a part of the New Zealand squad for the 2004 Under-19 World Cup.

It was only after that that he came into the reckoning of the Northern Districts selectors. He soon made his first-class debut (in December 2004) and after a few consistent seasons, Watling first got a New Zealand call-up in ODI cricket but he didn’t get to play a game for almost a year. However, till then, he had already made his Test debut as an opener ahead of Peter Fulton.

With Brendon McCullum deciding to take off the gloves in Test cricket, he was constantly in and out of the side for a couple of years before coming up with consistent performances for New Zealand in 2012 and 2013. Since then, Watling has become New Zealand’s first-choice (premier) gloveman in Test cricket. While he’s played a handful of ODIs and T20Is, it’s Test cricket that he’s excelled at and at the moment, he is among the best wicket-keepers going around in Test cricket. Colin Munro is one of New Zealand’s best T20 players

Colin Munro was in the limelight a bit when New Zealand Cricket (NZC) released the central contracts for 2020-21. The explosive left-handed opener was omitted from the list after what has been a disappointing last season for him. His performances were pretty underwhelming and he seems to have fallen off the radar.

However, this list isn’t about the contract list. Munro is also a Durban-born but he moved to New Zealand in his early days. In fact, he was a part of the New Zealand Under-19 squad for the 2006 Under-19 World Cup. But Munro wasn’t too consistent at the start of his career. He was like a flash in the pan before some he produced some eye-catching performances in T20 cricket, notably for the Auckland Aces in the 2012 Champions League.

That caught the selectors eye and Munro made his debut across all three formats in the 2012-13 home season. While he became a regular member of the white-ball teams, Munro’s Test career lasted just one game. He played against South Africa and got a golden duck in his first innings before scoring 15 in the second. Overall, he’s played 57 ODIs and 65 T20Is and is one of the only three batsmen in world cricket to pile on three T20I centuries. Grant Elliot will be remembered for one of the greatest moments in the history of New Zealand cricket. He played a stunning unbeaten 84-run knock and also hit the winning runs in the final over of the 2015 World Cup semi-final. Moreover, it came against the country of his birth, South Africa.

Elliot was born in Johannesburg and even started his professional cricketing career in South Africa. He made his first-class and List ‘A’ debut for Gauteng in 1996-97 and 1998-99 respectively. The medium-pace all-rounder flew to New Zealand in 2001 and played for Wellington. It took about seven or eight seasons for Elliot to break into the Blackcaps squad.

He represented New Zealand across all three formats but played just five Tests spanning over 18 months. Elliot didn’t have a great run in T20I cricket either as he played just 18 games over eight years. ODIs was his best format and that’s the format in which he played most of his international cricket. Elliot played 83 ODIs and had quite a bit of success – 1976 runs at an average of 34.06 to go with 39 wickets.

Michael Rippon may just be 28 years old but his career has gone through quite a lot of shifts and it’s been an interesting last decade or so for him. He was born in Cape Town and it was in the 2010-11 season that he made his debut across formats. He played for Western Province in first-class and List ‘A’ cricket and represented Cape Cobras in the shortest format.

Also Read: The thankless job of a lower order batsman

However, he lasted just a couple of seasons in South Africa before he signed a contract with Sussex and flew to England and even made his international debut with the Netherlands. In fact, Rippon has played six ODIs and 18 T20Is, spanning across five years for the Netherlands.

But in 2017, Rippon flew to New Zealand and joined Otago to plug a hole in the weak bowling attack. However, he was quite impressive and Rippon enjoyed that stint himself. Hence, he was soon awarded a contract by Otago and the South African-born has had quite a bit of success in the domestic tournaments. He’s got runs with the bat and has picked up wickets as well and comes as a complete package. Rippon gained eligibility to play for the Blackcaps a couple of months back and is around the fringes at the moment. 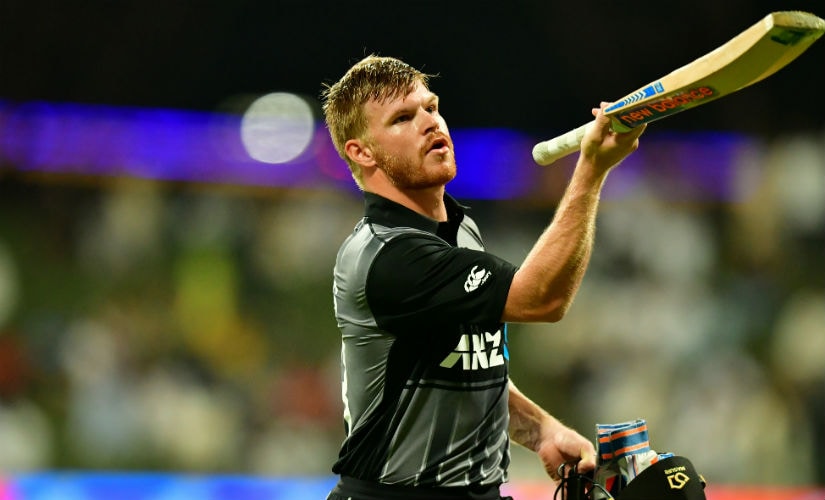 Glenn Phillips is one of the promising young talents going around in the domestic cricket in New Zealand. The 23-year-old wicket-keeper batsman has already played T20Is and has made his Test debut for the Blackcaps. But not many know that Phillips is a South African born (East London).

It was at the age of five that Phillips’ family migrated to New Zealand and it was in Auckland where Phillips started his cricket. He was a part of the New Zealand Under-19 squad that travelled to Bangladesh for the Under-19 World Cup in 2016. But more than a year before that, the exciting top-order keeper-batsman had already made his List ‘A’ debut.

Phillips has been a consistent performer in domestic cricket and has been around the New Zealand national side for a few years now. He played a handful of T20Is spanning across 18 months before he was dropped due to a poor run. But earlier this year, he went on to make his Test debut and scored a hard-fought fifty against a rampant Aussie attack.

Also Read: Why the BCCI should take cue from Suresh Raina’s suggestion and grant NOC for Indians to play in foreign leagues

Back when Brendon McCullum decided to let go of his wicket-keeping gloves in Test cricket, Kruger van Wyk was one of the few stumpers that the Kiwis tried in the longest format of the game. van Wyk played nine Test matches in 2012 but couldn’t manage to attain the consistency in this game and also the trust of the team management.

But it is a lesser-known fact that van Wyk is a South African born and started his cricket there. The Wolmaransstad-born made his debut back in the 2000-01 season and represented the Northerns and the Titans in South African domestic cricket and was considered one of the backup options for Mark Boucher. However, a dearth of opportunities meant that he moved to New Zealand and played for the Canterbury in his early days in New Zealand before moving to the Central Districts. Van Wyk played competitive cricket till 2015 before hanging up his boots.

Deandra Dottin bats without helmet in The Hundred; Umpires fail to notice violation of ECB Regulations