It’s time for Ollie Pope to deliver on his promise

When Ollie Pope made his international debut back in 2018 against India at the age of 20, he immediately caught everyone’s attention. Not for his performance but for the immense promise he showed and of course for his batting style resembling one of the most elegant batters, Ian Bell. Although he played only two matches in that series, he was marked as a future prospect.

Ollie Pope wasn’t fast tracked just because his batting looked marvelous but he had numbers to back him in the County Championship. In the 2018 season, he amassed 986 runs at an incredible average of 70.43 to take Surrey to the championship title. Since his international debut, Pope has shown flashes of brilliance time and again but he still averages low 30s in Test cricket after 18 matches. Let’s just say England would’ve liked him to do better than that and have established himself in the Test arena by now.

It felt like he’s getting there with a breakthrough year in 2020 before a shoulder injury kept him out of action for months. It started with a fluent 75 against New Zealand in late 2019. Later Pope starred for England in their victorious South Africa tour, scoring 266 runs in five innings at an average of 88.67. The series also saw a sublime 135* from Pope, where he displayed his range, including an audacious reverse ramp off Kagiso Rabada. The youngster followed that up with a crucial 91 against Windies at Old Trafford.

ALSO READ: What is the future of T20 numbers?

After returning from the injury, Pope had to face the biggest challenge for a non-subcontinent batter – an India tour. As expected, Pope was slaughtered by Ashwin’s brilliance and Axar Patel’s relentless accuracy. Pope returned with 153 runs from 8 innings at an average of 19.12. As it turned out, he wasn’t the only one to have struggled in that series. All the English batters barring Joe Root and even the Indian stalwarts like Kohli, Pujara struggled to buy runs. This being Pope’s first Asian tour, you’ll have to cut him some slack.

Pope’s home record is something that is quite perplexing. In 14 innings at home, his average stands at an awful 25.91 runs per dismissal. Yes, England’s swinging and seaming conditions coupled with Duke ball are by far the most difficult to bat in but Pope isn’t new to this. The 23-year-old batter has made a name for himself batting in these conditions. At domestic level, Pope has amassed 2882 runs at an astonishing average of 62. So far he has not been able to transform that at International level. 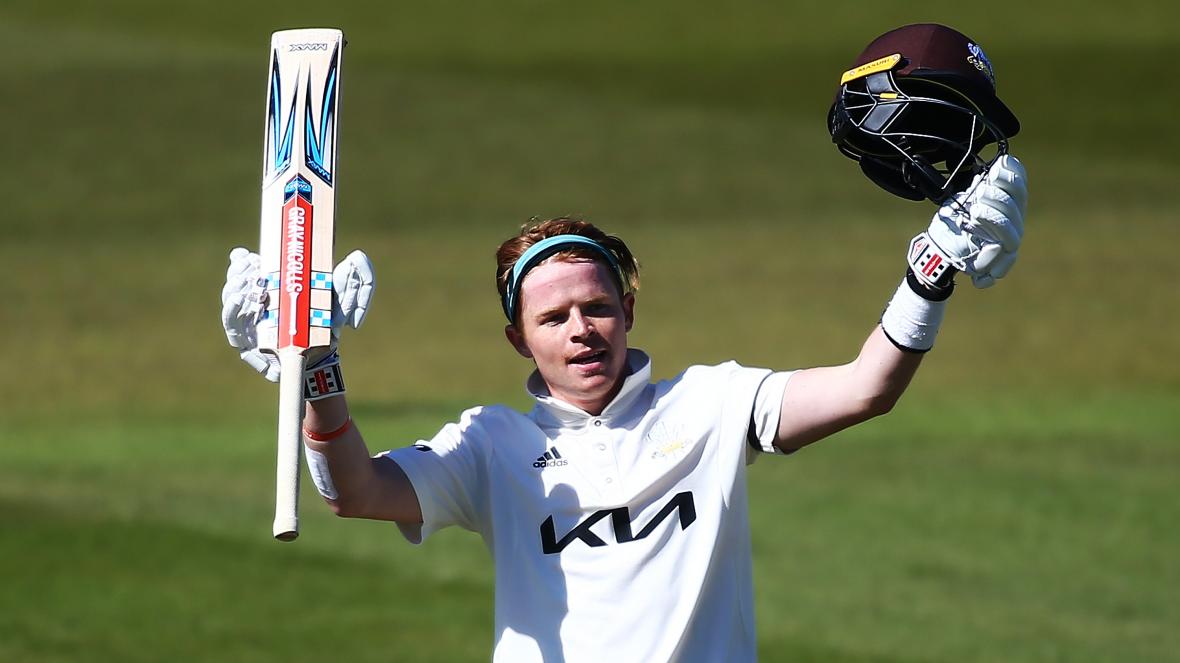 In this year’s County Championship season, Pope registered two hundreds, including a spectacular 245 against Leicestershire at the Oval. However his other outings read 22, 0, 22, 32, 33, 33, 0 & 37*. Even at International level, he has 7 innings of scores between 20 and 34. Not being able to convert good starts into big knocks is an issue that has frustrated him and the fans for a while.

Talking about his technique, Pope earlier had a middle and off stump guard. But he kept getting dismissed, nicking the deliveries outside off stump channel against pacers.

Ollie Pope is a naturally attacking player, and has had a tendency to get out flashing outside the off stump. Last summer this reached a worrying peak, with four of his five dismissals against pace coming in the same sort of zone. #ENGvNZ pic.twitter.com/qTb7hSnKCz

To sort this issue out, he has recently changed his stance to an off stump guard. The problem with this tweak is, in a bid to counter one issue, he has made himself vulnerable to another. Pope, with the new guard, is exposed to LBWs to the deliveries moving in or going straight. As was the case in the first innings of the first Test, when he was trapped LBW by Tim Southee’s beautiful set-up. How he finds a middle ground to this problem will be interesting to see.

Hailed as the best batter of his generation, Ollie Pope is an extraordinary talent and has the potential to be a superstar in at least two formats. Be it sumptuous cover drives, elegant flicks or innovative stroke play, Pope has everything in his armour. With six more Tests to go, this English summer is huge for him. It’s his chance to convert the million dollar looking starts into impactful knocks and solidify himself as one of the pillars of England’s batting unit.