The much-anticipated India’s tour to Australia is set to commence from November 27 and it will mark the resumption of International cricket for India after almost 9 months. The International cricket was suspended in March 2020 in the wake of Covid-19 pandemic. While India is yet to play an international game ever since, Australia have a slight edge over them as they toured England in September.

In India’s last tour to Australia in 2018/19, Virat Kohli had led the side to a historic 2-1 series win in Border Gavaskar Trophy and had also gotten the better of the hosts in the ODI series with a 2-1 margin. The T20 series had been drawn at 1-1 and it was the first instance where Australia failed to claim a single series win in their home soil.

Virat Kohli will once again be the center of attraction in the upcoming series even though his paternity leave in the last three tests means he just has 7 innings to make an impact. He was not at his best in the recently concluded Indian Premier League but the Australian skipper and his RCB teammate, Aaron Finch didn’t shy away from heaping praises on his Indian counterpart and said that Australia will have to keep finding ways to dismiss Kohli. He hailed Kohli as “the best one day player of all time”.

“He doesn’t have too many (weaknesses), to be honest. If you look at his record it’s second to none. His records are remarkable. I think what we need to keep in mind is we have to keep looking ways to get him out because if go away from this you could miss the trip,” Finch said in a virtual press conference.

“There are not too many chinks in his armour. He is probably the best one day player of all time. It’s about sticking to our plan.”

Finch also spoke about the luxury of having a lot of top-class all-rounders at his disposal which allows them to try out various team combinations.

“What Maxi’s shown in T20 cricket in particular is his bowling keeps improving all the time. I think Marcus Stoinis has proved that as well with the amount of exposure he’s had over the past couple of years bowling at the death, it’s really important for us and it gives us a lot of flexibility in there,” Finch said.

“In England we had the three allrounders with Mitch (Marsh) so you can dissect the 10 overs a little bit easier, I guess. You’re still expecting when that fifth bowler is, or the combination of allrounders are, bowling that minimum 10 overs that they’re still having an impact on the game.

“It’s not about picking allrounders just for the sake of it, it’s also a key bowling spot as well.”

Finch had seemed to be in a good touch with the bat in IPL 2020 for RCB.

“I think scoring runs in any format gives the player confidence. When you make runs you feel good but that is easier said than done in the shortest format of the game. The form is good and it’s great to have a good form behind you,” said Finch.

Previous PostGreen inches closer to ODI debut as Marcus Stoinis picks up side injury in 1st ODI Next Post"Didn't face him. Smart boy," Kieron Pollard on not facing Lockie Ferguson in the T20I 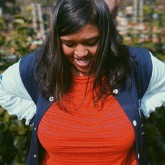