The announcement of the squad for the three-Test series against South Africa brought an end to the speculation, relief to some and excitement for others. While most of it was on expected lines, the clarity that Rohit Sharma is here to stay, this time as an opener, was the point for discussion for most people. What brought a lot of positivity for Indian cricket fans was the inclusion of Shubman Gill in the squad and the realization that the Indian pace battery will be back in action as India will resume their Word Test Championship.

The selection also helps us figure out if there is a method or standardized procedure the selectors and management follow. The answer tilts mostly towards negative. Sure, Shubman is here – but that’s after a lot. Playing as a middle order batsman, openly admitting that he was disappointed at not being selected, being made captain of India A, promoting himself to open, scoring a 90 against South Africa A, winning the Test as skipper. There are also the performances in domestic cricket before that which helped him make a case, which are a whole different story.

Mayank Agarwal too had to grind for years to be noticed, literally. However, just because it’s norm doesn’t mean everyone should have to go through that. That is precisely why the decision to give Rohit Sharma another shot at Test cricket has invited criticism and skepticism. Sharma has been a tried and tested experiment – we know exactly why he didn’t fare well in the past in the middle order and why playing him as an opener was not a feasible solution. However, admitting to being upset about the snub at being dropped earlier, the responsibility he showed as captain in limited overs cricket and as a player in general must have contributed to the decision.

The Test series is set to begin October 2 onwards. Here is a SWOT analysis of the 15-man squad –

This seems to be quite a halt in KL Rahul’s Test cricket journey. Maybe he will start from scratch, get back into the grind at the domestic level, or maybe, he focuses only on white-ball cricket for now. In any case, the competition is only going to get tougher now that so many options for the opening slot are cropping up. At this point, only Mayank Agarwal looks secure and it is important that it shows on the field because if India reach a point where they have to fiddle with both openers simultaneously, the fallout affects the composition of the team in more ways than one.

However, confirmation from MSK Prasad on trying Rohit Sharma as an opener despite the variety of options at the domestic level has been the talking point about the selection. Shubman Gill, who was finally rewarded with a call-up has been the other. Since Prasad has made it clear that Agarwal and Rohit will be the first option, it is highly doubtful that we will get to see Gill play. Will we see a change in Rohit’s start-stop Test career or will it be an experiment with little hope like Jason Roy’s was? Success in this series might not mean much because India’s real struggle is to find a technically sound opener that is able to negate the moving ball and other.

The number three position onwards is where the squad starts to look really solid. Pujara may not have looked his best in West Indies, we can be rest assured that the scenario would be different in India and against a tougher opposition. Kohli too may have underperformed but that gave Rahane and Vihari the opportunity to really steal the show. That Rahane put an end to his 2-year long century- drought and returned with scores 81, 102 and 24, 64* in the two-Test series augers well for Team India.

Vihari, too, is a sure starter for the South Africa series because of showing character on more than three occasions in his 6-Test long career. His three half-centuries and the latest century at Sabina Park have all come batting at No. 6. He has been an excellent buffer between the middle order and lower middle order and will be eyeing success on home soil

Pant needs to bring his A-game to avoid losing his place to Saha, who must be focused on getting back his spot. While that could bring in healthy combination, it is Pant who would actually be on the edge because he had a poor series in West Indies with meager returns of 58 runs in three innings. How he handles the South African pace battery in Indian conditions in this series will decide the course of his Test career. Secondly, he has to keep a close eye on his keeping because that comes under a lot of scrutiny. Saha supersedes him with his glovework so that’s an area Pant must actively look to improvise on.

Whether both Ashwin and Jadeja will play, or if one of them will be rotated will be determined by the pitch. If it comes to choosing only one of them, it will be a tough choice because Jadeja on current batting form, has shown immense growth skill and consistency-wise in the last year. Ashwin, on the other hand, has been doing well with the ball as he continues the fine form in the County Championship. In India, his efficiency only increases.

Ideally, Kuldeep should be given more chances but why he actually doesn’t get them is understandable because he has to compete with the experience of seasoned pros like Jadeja and Ashwin. In fact, the spin duo operates on a different level on familiar pitches, so I fully expect India to keep Kuldeep handy in overseas Tests and bench him in the subcontinent.

Quite honestly, the kind of confidence the pace battery gives is so reassuring that it’s nearly impossible to not be hyped about them. More so, after the kind of returns they got in West  Indies. If nothing, people will looking forward to the series to see Bumrah pull off the magic in India too. He couldn’t have asked for better partners in Ishant and Shami who keep the supporting act alive and occasionally lead the proceedings.

Amongst all this, Umesh Yadav must have felt hard done by because the last Test he played in India (vs West Indies, Hyderabad), he scalped 10 wickets. The squad announcement could also be a disappointment for Abhimanyu Easwaran and Priyank Panchal who have been doing so well in the domestic circuit only to find out that chances are favouring senior Indian players at the moment. 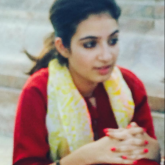