Home Features IND-W vs SA-W: Can India continue their ‘Raj’ as Mithali and Co. start WC 2021 preparations in style

IND-W vs SA-W: Can India continue their ‘Raj’ as Mithali and Co. start WC 2021 preparations in style

Isn’t India Women’s series win against South Africa sweet? Yes, it is, as Mithali Raj and Co. registered their sixth ODI series win out of seven, which they have played over the last two years. This victory is even sweeter as aside from captain Raj and her deputy Harmanpreet Kaur, other batswomen such as–Jemimah Rodrigues, Priya Punia and Punam Raut stood out and put up a remarkable show with the bat to help India seal a yet another ODI series at home.

Before the series got underway, Smriti Mandhana’s absence did create a lot of hullabaloo regarding India’s weak and inexperienced batting line-up. However, it turned out to be blessing in disguise for the Indian Eves as it gave a chance to blood youngsters. India, who were playing a 50-over match after almost six months, experimented with something new which, later worked in their favour as they completed a 3-0 clean sweep against the Proteas. The Indian think tank consisting of coach W.V. Raman changed the batting order, and we saw Rodrigues opening with debutant Punia, and Raut, who was expected to open, played at No. 3 pushing Raj down the order to No 4.

Raut and Punia finished as two of the top three highest run-scorers in the three-match ODI series. Raut scored 96 runs, while Punia notched as many as 95 runs in three outings. Meanwhile, Kaur and Mithali Raj also played their part. However, the batswomen failed to deliver in the final ODI as India were bowled out for just 146 runs. But, the bowlers came to the rescue in the final ODI, as we saw how spinners pulling off a remarkable victory in what was a low scoring thriller. Ekta Bisht, who wreaked havoc in the final ODI, finished the series as the leading wicket-taker. She scalped seven wickets in three outings, with an economy of just 3.75.

Punam Raut batted at three, while Mithali was pushed down to four during the series

Is this the beginning of the Mithali Raj-led India’s preparation for World Cup 2021? Well, it seems so as we saw in both the T20I and the ODI series that a lot of young talents have been roped-in to the Indian squad. First, we saw Shefali Verma, the 15-year-old girl, making her mark and impressing in the T20Is by scoring 46-run off 33 balls in one of the outings against the Proteas at Surat. However, Verma is yet to make her ODI debut for India. But with the World Cup 2021 in focus, she might get a chance to cement her place in the 50-over format also. Then, in the ODI series, we witnessed 23-year-old, Punia, making her fairytale debut for India. Playing as a replacement of Mandhana, she did live up to the expectations as she went on to smash 75 off 124 runs in the first ODI against the Proteas at Reliance Stadium in Vadodara.

This mixture of experienced players and explosive young guns gives an ominous-look to the Indian eves. Apart from Kaur, other all-rounders such as Deepti Sharma and Shikha Pandey solidify the middle order. Taniya Bhatia, who is having a good run of form behind the stumps has a lot to prove with the bat as she has failed to make her mark as a batswoman. However, she does have capabilities to up the ante in the middle overs and can be handy to Raj in the ODIs.

There is still a lot of time left for the marquee tournament in 2021, but one thing is sure – Raj is on the World Cup 2021 mission. This is also the reason why she had announced her retirement from the T20Is recently.

“Something that has motivated me to think about and have a goal of 2021 is the World Cup. Twice India has been to the final and we could not cross that line. This is the last chance I would have. I wanted to give myself another go at the World Cup and win the title that has eluded the Indian team and me for a couple of times,” Raj had said in an interview.

Next India women will travel to West Indies for a three-match ODI and five T20I series. Then, in 2020, India will face Australia and England in a Tri-Nation series down under, before the T20 World Cup comes calling. 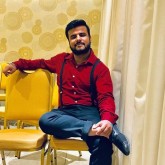