India vs South Africa T20I series: Pant’s bid for consistency, Dhawan’s form and other things to look forward to

The much-awaited home season kick-starts for India and with it, starts their journey of experimentation as they aim to fit in every piece of the puzzle in their T20I set-up, for next year’s T20 World Cup in Australia.

It all starts with a 3-match T20I series against the visiting South Africans, who will be ushering in a new era under the leadership of Quinton de Kock, as they look to put the disappointment of the disastrous 2019 World Cup behind them.

Before the first T20I between India and South Africa, here are the things to look forward to.

Will Dhawan regain his form or is it time for KL Rahul to open with Rohit?

If it had been an ODI series, Shikhar Dhawan would have been persisted with at the top till he regained form. Dhawan, in One-Day cricket, is a modern-day giant; a batsman who has time and again won you games especially in ICC events – one who India missed dearly in the just-concluded World Cup.

Dhawan’s T20I career in a nutshell

However, the Dhawan of ODI cricket and the Dhawan of T20I cricket failed to cause the same impact. Barring the last calendar year where the southpaw averaged a shade over 40, Dhawan’s journey in T20Is has seen more lows than highs.

The story so far in 2019 hasn’t been great either, and with KL Rahul waiting in the wings as the third opener, with seemingly better numbers in T20 cricket than Dhawan, this series could be pivotal to the left-hander’s future in the shortest format of the game.

Will the real Rishabh Pant stand up, please?

When you look at Rishabh Pant smoking the best of bowlers all over the park for the Delhi Capitals in the IPL, you gasp in awe. You, including all the cricketing pundits, then create a furor on social media asking the national selectors why the guy, who boasts of such a precocious talent, is not a regular fixture in India’s white-ball sides.

Time is running out for Pant, who has not been able to showcase his skills consistently (AP)

And, then you look at his international numbers in Twenty20 cricket: 302 runs in 17 innings at 21.57 with a strike-rate of 124.79, a differential of minus 37.91 if we compare it with his corresponding IPL strike-rate. And, what has been more frustrating is the repetitiveness of the same mistakes.

Will the real Pant stand up in this series or will we see the action-replay of the past?

Manish or Shreyas in Playing 11?

The World Cup has come and gone but the saga around who should bat in the middle-order for India in white-ball cricket ceases to end. With Rishabh Pant almost certain to start the series at No.4, that leaves us with the question: who follows Pant at No.5?

Manish Pandey and Shreyas Iyer are vying for that coveted spot. Pandey was given a chance to prove his credentials over Iyer during the T20I series against the West Indies where he scored a crucial 19 in a low-scoring encounter in the first match before managing just 6 in the second game.

Will de Kock and Miller lead from the front in an inexperienced SA batting unit?

When South Africa last toured India, it was a team clad with superstars especially in the batting department. The likes of AB de Villiers, Faf du Plessis, JP Duminy, Quinton de Kock, and Hashim Amla were at the peak of their powers back in 2015 and were instrumental in the visitors winning both the ODI (3-2) and T20I series (2-0).

The duo are the most experienced batters, and they will have to raise their game in what will be a tough series (Reuters)

At the same venue where it all started four years, Quinton de Kock will be leading a batting unit that only has David Miller as the survivor from that unit. The likes of Reeza Hendricks [387 runs in 11 games at 35.18] and Rassie van der Dussen [253 runs in 7 games at 36.14] have been the linchpin of the South African batting since January 2018. The duo has scored six half-centuries between them, but a stern test awaits the duo against the skill and guile of the Indian bowlers- especially the spinners, given their lack of experience of playing in Indian conditions.

Which is why it will be interesting to see how the duo of de Kock and Miller, who have a plethora of experience of the Indian conditions, fare. De Kock had a great IPL season for the Mumbai Indians this year and the onus will be on him to lead the inexperienced batting unit at the top of the innings while Miller will have to play with responsibility lower down the order.

Another opportunity for the fringe bowlers to push their case forward

During the pre-match conference captain, Virat Kohli made a pertinent point when asked about whether Kuldeep Yadav and Yuzvendra Chahal are still in the scheme of things as far as the T20 World Cup is concerned. The Indian skipper said that they are looking to try out a new balance in the T20I set-up where the bowlers could also contribute with the bat.

India has opted for Krunal Pandya and Washington Sundar for the second successive series, after the duo made the most of their opportunities in the West Indies. Sundar proved to be a good option for Kohli during the powerplay overs while Krunal Pandya impressed again with his all-round skills. With both players, offering more with the bat than Kuldeep and Chahal, will a good series against South Africa put their case firmly ahead of the celebrated duo? Only time will tell.

In the absence of Bhuvneshwar Kumar and Jasprit Bumrah, the fast bowling department too offers another golden opportunity to the likes of Navdeep Saini, Deepak Chahar and Khaleel Ahmed to push their case forward for the third seamer’s slot for the T20 World Cup next year. 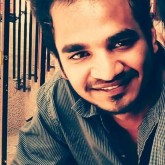