They say, cricket is a game of glorious uncertainties. And for two nights in a row, the Indian Premier League (IPL) proved it. The drama, the nerves and butterflies for everybody – be it the franchises, players or even the fans, everything has been at its peak in the last couple of games of this 2020 season of the IPL.

Also Read: IPL 2020: Ishan Kishan and other players who could benefit from the loan rule

That 201-run chase was anchored by Ishan Kishan. Yes, he had Kieron Pollard alongside him who was bludgeoning almost everything out of sight. But it was a special innings from a special player. However, the 22-year-old Jharkhand cricketer hasn’t had the best of times in the last couple of years.

It was in 2018 that Kishan was picked by the Mumbai Indians (MI). In fact, the defending champions at the time broke the bank (buying him for INR 6.2 crore) for the young aggressive left-handed wicket-keeper batsman. By then, Kishan had played about four seasons of domestic cricket in India, including a successful stint with the Under-19 team as the captain.

In the 2018 season, he was MI’s designated wicket-keeper and played all 14 games in the season. And his first half of the season could well be the definition of inconsistency. 40, 9, 44, 0, 58 and 0 were his scores in the first six games. Every good innings was followed by a failure. His keeping was not consistent either.

Midway through the season, Kishan’s mindset and game both were in iffy states. As it was shown in Mumbai Indians’ documentary Cricket Fever on Netflix, he got some flak from the MI head coach Mahela Jayawardene who put an arm around the youngster and spoke to him about being lazy and also inconsistent approach.

Kishan got three ducks in four innings and there was a point when he just felt down. He admitted (in the documentary) he did not want to talk about cricket or his game. 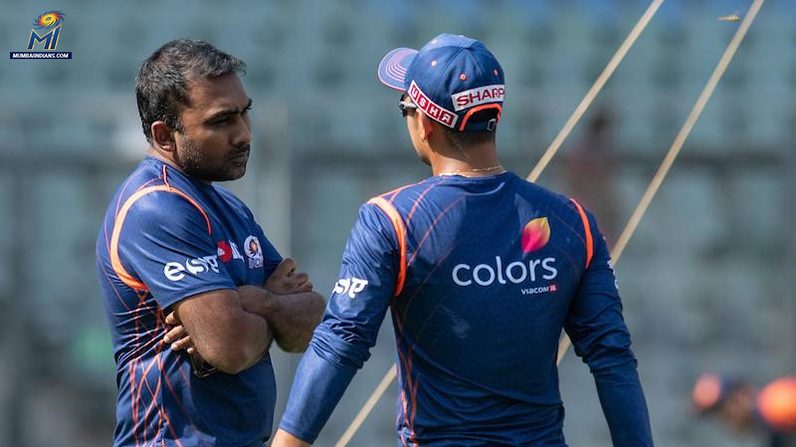 Ishan Kishan has been with Mumbai Indians since IPL 2018

He scored a blazing 62 off 21 balls but ended the season with three low scores in a row. While Kishan’s strike-rate of 149.46 was something to be happy about, his inconsistency was on another level. He had five scores in excess of 40 and yet, all he could muster was 275 runs in the season.

Despite having a good time in the 2018-19 domestic season where he scored runs in all three formats and got a couple big T20 hundreds in the Syed Mushtaq Ali tournament, Kishan didn’t play a lot in the 2019 season. MI had Quinton de Kock donning the gloves, Yuvraj Singh got a go in the middle-order, Evin Lewis played a few games too and it was only after the failures of Yuvraj and Lewis that Kishan got a go.

And his poor run started from thereon. He could aggregate just 101 runs in six innings. His strike-rate of 101.00 showed the struggles with the bat. He didn’t have a great 2019-20 domestic season either. His highest score across formats was 48 in 18 innings that he played for Jharkhand. However, he did score well for India ‘A’ in New Zealand and almost took India ‘A’ to a win with a fine 71 in the third game.

Despite all the struggles and lack of form, Ishan Kishan looked set to slot in the MI middle-order for the 2020 IPL season. They had released Yuvraj and Lewis and with MI playing two overseas fast bowlers, Kishan looked the obvious choice. However, Saurabh Tiwary got the nod ahead of him and did decently in the first couple of games.

But Tiwary’s niggle presented him the opportunity and he grabbed it with both hands. He almost pulled off the unthinkable and won Mumbai the game. They were dead and buried at one point. He came into bat at 16/2 in the third over and batted pretty sensibly.

He started with a boundary off his first ball and six off his eighth as well. Yet, he got off to a slow start. With a couple of wickets falling around him, Kishan held back. But the trigger came after the 10th over. He was batting on 25 off 24 balls and suddenly shifted gears. With Pollard settling in, he kept taking his chances and kept getting the boundaries to just about keep MI in the hunt.

And when Pollard started fireworks from his end, Kishan didn’t stop either. The left-hander just kept the foot on the accelerator. He smashed sixes for fun despite the boundaries in Dubai being pretty big. He invariably hit a six almost every over in and every time pressure mounted, it was Kishan who broke the shackles with a big hit.

In the 19th over, Navdeep Saini was bowling superbly. But Kishan got the much-needed six in the over. In the last over, Isuru Udana started well and conceded just two singles, but Kishan changed the complexion of the game with two back to back sixes. He almost won MI the game but holed out in trying to finish the game. It was heartbreak as he fell for 99 and missed out on a well-deserved hundred. More than that, just for the way he played, he deserved to win MI the game. But it was not to be.

Yes, Kishan should’ve batted in the Super Over. After all, he was one player who played Saini really well throughout the game. In fact, he faced 20 out of the 24 balls Saini bowled, scoring 38 runs (one four and four sixes). But take nothing away from his innings of 99. He was absolutely magnificent.

Coming into the XI as a replacement for an injured Saurabh Tiwary, Kishan may not have had many chances up his sleeve. But now, he has made sure that he stays at No. 4 for the entire season.

From being lazy in 2018 to almost winning MI the game here against RCB, against whom he had two first-ball ducks in 2018, Ishan Kishan has come a long way. It is a knock that might just help him in taking off and getting a lot more consistent on the big stage.

Match Preview for OCC vs GOR Dream11 Contest: Match 12 of the FanCode Portugal T10 league will be played between the Gorkha 11 (GOR) and the Oporto Cricket Club (OCC) at...