Home Features IPL 2020: Warner, Cummins and other overseas players who are expected to join their teams late in UAE

IPL 2020: Warner, Cummins and other overseas players who are expected to join their teams late in UAE

After weeks and months of speculation and the indefinite postponement due to the COVID-19 pandemic, the 13th edition of the Indian Premier League (IPL) is finally all set to fly.

UAE has been picked as the venue and the BCCI, all eight franchises, Emirates Cricket Board and all others concerned are working intensely to put IPL 2020 in place.

September 19th to November 10th are set as the dates. However, this might affect the balance of quite a few teams. Season after season, the availability of the overseas players is never fixed. From the last few years, most teams have been avoiding international bilaterals during the IPL. But this time it’s different. If this IPL season was held back in March, April and May, not a lot of players would’ve arrived late. It would’ve only been a couple of days here and there.

Now, with the COVID-19 postponing everything, things have changed. England have a hectic home summer that kicked off last month and will continue till mid-September. Australia are the ones who will be touring England towards the end of the latter’s home season. Meanwhile, Sri Lanka have a Lankan Premier League planned which will end on September 20th. The Caribbean Premier League (CPL) is due to start on August 18th and the final is scheduled to take place on the 10th of September. The travel allowance of the South African players is still unknown as the international borders are still closed. Most of them are not taking part in the CPL this year which adds to the speculation.

Hence, taking into account the quarantine and coronavirus testing protocols, we jot down the players that might miss the first few games of IPL 2020 in a teamwise manner.

RCB might as well be the worst affected team. As many as seven of their overseas players are uncertain to land on time in the UAE. Their big buy in the 2020 auction, Aaron Finch will be captaining Australia in the limited-overs tour against England. Moeen Ali has also been a key member of the England white-ball team. If picked, Kane Richardson will also be in England. Thus, the trio are expected to miss the first week or so as the series is scheduled to end on September 15th. Finch, Richardson and Ali might be available in the last week of September.

Isuru Udana will be busy with the Lankan Premier League and can only fly after the completion of that tournament. He might not be available before the end of September with all the quarantine rules. Meanwhile, there is a lot of uncertainty over the availability AB de Villiers, Dale Steyn and Chris Morris. If the South African trio are to miss some part of the IPL, RCB will be affected big time and all their four frontline overseas players. The three-time finalists will be desperately hoping that it’s not the case.

KXIP are not going to be affected a lot. In fact, only one frontline overseas player might not be available at the start. They have as many as three players from the Caribbean who are expected to arrive on time. However, Glenn Maxwell is likely to be in England for Australia’s white-ball tour. Hence, he will not be available for the first few games, given the quarantine rules.

Hardus Viljoen will have to wait for the South African government to open the borders and might fly in late. Meanwhile, Chris Jordan will also be playing the T20Is against Australia but that series is expected to finish on September 8th and since he is not a part of the ODI setup, he is likely to reach on time.

DC will be missing Kagiso Rabada as the uncertainty of the South African players continues. Meanwhile, Jason Roy and Alex Carey are expected to arrive late with England and Australia facing each other in an ODI series in mid-September. If picked in the Australian squad, Marcus Stoinis is also expected to reach late. Hence, Roy, Carey and Stoinis (subject to selection) will likely be available from the last week of September. 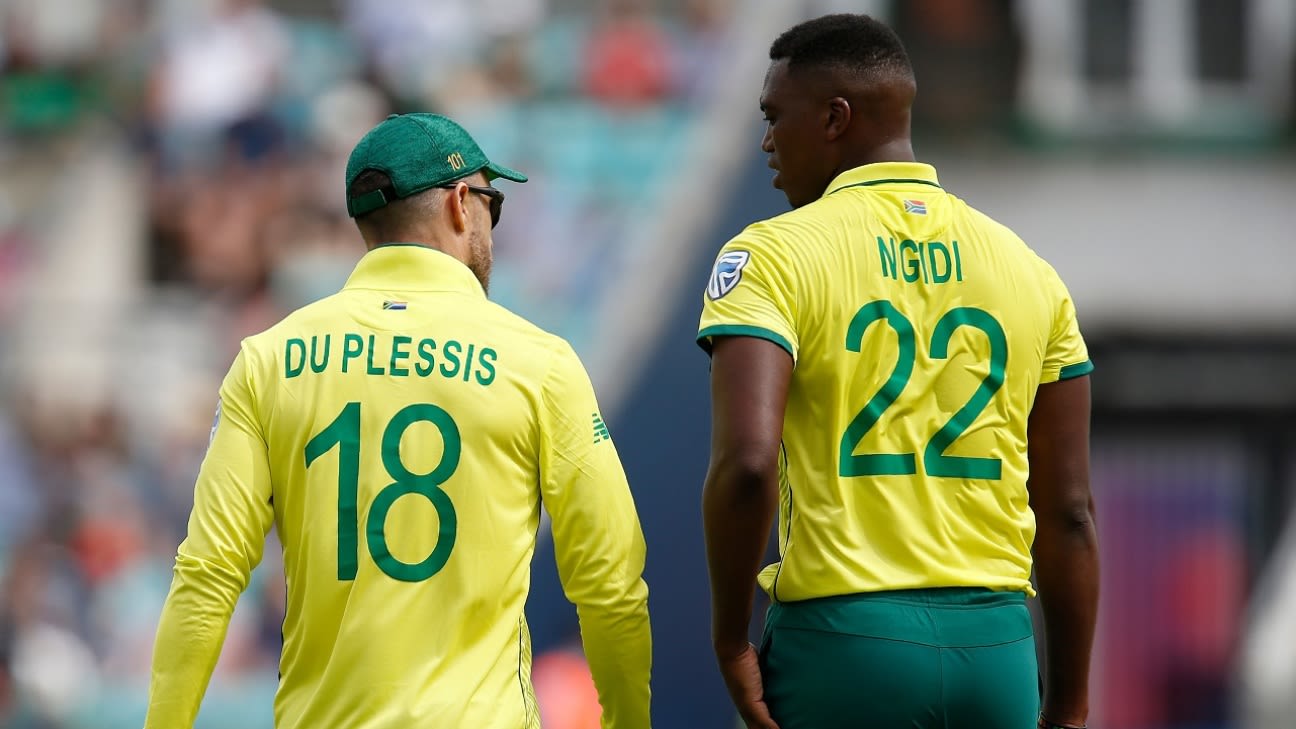 Like RCB, CSK also have three South African players in their squad. However, Imran Tahir stayed back in Pakistan after the Pakistan Super League (PSL) earlier this year. He is going to play the CPL and fly in straight from there along with the other players. But the likes of Faf du Plessis and Lungi Ngidi will need government clearance along with the other eight Proteas cricketers.

Also, Josh Hazlewood is likely to be in England for Australia’s white-ball tour. The series will end on September 15th and he will miss the first few games. With England keeping Test and white-ball squads different, Sam Curran might be able to fly in on time. 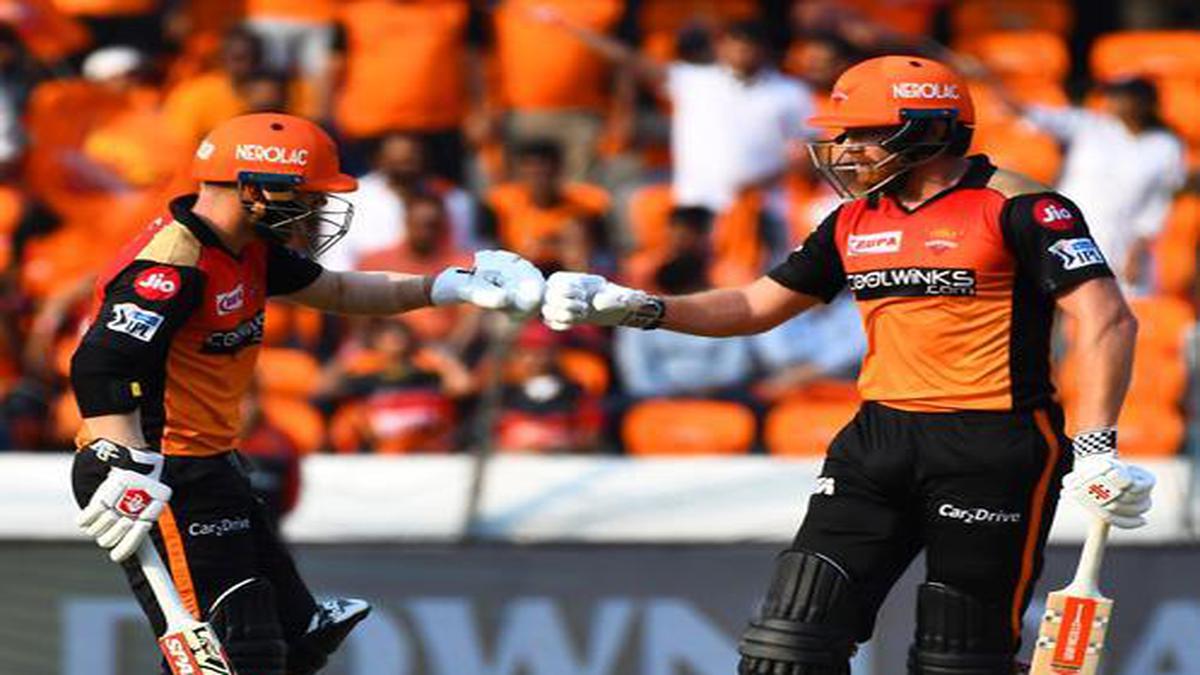 The heart of SRH’s batting is expected to miss the first couple of games at the very least. Skipper David Warner and Jonny Bairstow will be a part of the ODI series between England and Australia which is scheduled to end on the 15th of September. Mitchell Marsh’s availability for the first week is subject to his selection in the Australian squad.

Apart from these three, SRH will have their overseas stars available right from the start of the season. The likes of Fabien Allen and Rashid Khan are expected to fly in from the Caribbean after the conclusion of the CPL.

All of KKR’s overseas buys in the IPL auction for the 2020 season might likely miss the first few games. England white-ball captain Eoin Morgan, Tom Banton and Pat Cummins will all be busy with the England vs Australia ODI series which is expected to end on the 15th of September.

However, the other KKR overseas players except Lockie Ferguson are all expected to travel from the Caribbean. Andre Russell, Sunil Narine, Harry Gurney and Chris Green are going to take part in the CPL which will finish on the 10th of September.

Two of MI’s frontline overseas players might miss the first few games. While there is uncertainty over the availability of Quinton de Kock with South Africa still in lockdown, Malinga will be taking part in the Lankan Premier League. He cannot leave the tournament midway and hence, might fly in only after the 20th of September which means he will miss more than the first week of the IPL. RR are going to be without their skipper Steve Smith for the first few games. He will be with the Australian team in England for their white-ball tour. Tom Curran is also going to miss the first few games as he is likely to be a part of the England ODI side. Like the other South African players, it is unknown when David Miller will be available.

Now, RR’s overseas core consists of the premier England Test cricketers. Ben Stokes, Jos Buttler and Jofra Archer have been only in the Test squad as England have kept the red and white-ball squads totally different to manage the workload of the players. However, with the Australia series being at the end of the English home summer, the trio might as well be a part of it. Hence, RR might be heavily affected if that is the case.

Match Preview for KET vs YOR Dream11 Contest: Match 12 of the ongoing County Championship 2021 will be played between Kent (KET) and Yorkshire (YOR) at the St. Lawrence...