Home Analysis Is Jasprit Bumrah a victim of his own excellence or is his form an early sign of his decline?

Is Jasprit Bumrah a victim of his own excellence or is his form an early sign of his decline?

The last ball of the 47th over of the final ODI between New Zealand and India was a short of length delivery slapped by Colin De Grandhomme towards backward point only to be stopped by a diving Ravindra Jadeja. The fielding effort eventually delayed a certain Kiwi victory by one ball.

However, majorly it rounded off the spell of Jasprit Bumrah who ended a disappointing One Day series. For the first time in his career, Bumrah failed to take even a single wicket in a bilateral 50-over series. The player who averages 24.43 in One-Day Internationals leaked 167 runs in thirty over without any success.

His performances baffled the nation of over 1.2 billion who are accustomed to the touchstone which he has set for himself in the last few years. The player himself seemed lost, and a particular pull shot from Martin Guptill over mid-wicket against him saw Bumrah falling on the strip.

The tumble pretty much summed up his series. The Indian skipper helped his star bowler get back on his feet and tried consoling him, but his slow walk back to the top of his run-up displayed that he had little chance of sustenance. The disoriented behaviour from Bumrah was a rare visual in the bowler’s career, which almost always carries a smile on his face.

Since his return from a lower stress back fracture which kept him out for four months, Bumrah has played six fifty-over games in which the star bowler has managed just one wicket. Bumrah leaked 287 runs and took 337 balls for the scalp of Adam Zampa, Australia’s number 10 who cannot bat even if someone holds a gun against his head. Has Bumrah lost it? Have the batsmen figured out Bumrah or is he just a bully against the weak batting line ups? Or is he just a victim of his excellence?

Can he perform against the top batting line-ups?

The most common question to arise after the series against Australia and New Zealand have been if Bumrah is capable of performing against the top batting line-ups? In the current cricketing ecosystem apart from India, Australia, England, New Zealand and Pakistan can be considered as the most robust units when it comes to batting strength. If we consider Bumrah’s record against these four nations, his strike rate and average fall drastically. However, is he that ineffective against the top four batting countries as the numbers suggest?

The numbers never lie, and Bumrah’s numbers against the top four tell that he has indeed struggled – to take wickets at least – against them. However, the same number can easily be interpreted in different ways. Bumrah has in total played 34 games against the top four batting side and out of which 17 games came before 2018 when he was still an upcoming bowler in the cricketing circuit. Moreover, Bumrah has faced England just four times out of which three games came in the early part of 2017 when he was still finding his footing in the international circuit. On the same lines, he has just played five games against Pakistan out of which two came in the eventful Champions Trophy of 2017, and another two came next year in the Asia Cup where Bumrah managed scalps. Overall, the sample size of his games against Pakistan and England is way too small to go to a conclusion which leaves us with the other two of the top four batting nations. Luckily Bumrah has featured in more than ten games against both of these nations, and hence they will provide a better picture of his performances.

Bumrah has faced New Zealand and Australia for 25 times out of which 19 games have taken place in India. He averages 31.96 against these two nations when playing in Indian subcontinent whereas he takes a wicket on every 40th bowl. The average is not far from Bumrah’s overall average of 30.30 in India.

If we leave out the past six games, Bumrah’s record against these two top batting nations is pretty close and sometimes even better than his overall career in One Dayers. Also, although wickets are the most palpable prospect of judging a bowler, it certainly is not the most defining one. Bumrah is one of those bowlers who create pressure on the batsmen and help other bowlers in succeeding. When playing with Bumrah, the average and strike rate of Shardul Thakur, Bhuvneshwar Kumar and Mohammed Shami all improve against the top four batting units.

Therefore, it can safely be said he can bowl effectively against the top four. Then what seems to be the problem which made him struggle to take wickets in the past two series. Has he not recovered from his injuries?

Has Bumrah still not recovered from Injury?

Well, the easiest conclusion which could be withdrawn from his performance is the fact that he might not have fully recovered from his injury. However, this seems only to be partially true as barring the third T20I he was India’s best bowler in all the T20s. Also, his performance against Australia, though it did not transpire into wickets, the economy was by far the best amongst all the bowlers in series. However, his injury could be one of the reasons for his bad performances in the series.

One aspect of Bumrah’e struggle which is often ignored is his partnership with Bhuvneshwar Kumar. The partnership between Bhuvneshwar and Bumrah was arguably the most dreaded new ball partnership during 2018. Both were equally capable of taking wickets at will and complemented each other.

When Bhuvneshwar Kumar shares the new ball with Bumrah, his record improves drastically. When in the team, Bhuvi shares the responsibility of death bowling and initial wicket-taking with Bumrah. This eases the pressure off Bumrah who can then bowl freely. The role of Bhuvi was assigned to Shardul Thakur and Navdeep Saini in the recently concluded series.

None of Thakur or Saini could replicate what Bhuvi did, and their performances made the task easier for the Kiwis who now just had to see off Bumrah. His economy was the best in the 1st ODI for India and best amongst the pacers in 3rd match which clearly show the approach taken by the Black Caps against him.

The cautious approach taken by the Kiwis against Bumrah kept him away from the wickets, and any pressure he created through his bowling was eased off from the other end. The struggles of spinners in the middle overs didn’t help either.

Has Kohli got anything to do with his form?

Well, the numbers have another story to tell. Bumrah has played under three different captains in his career. However, his record under Rohit and Dhoni is far more superior when compared to his record under Kohli. Though the sample size in international games is small, his records in IPL under Rohit cannot be ignored.

His record under various captains clearly shows that he has been the least successful under Kohli. However, this is debatable as the sample size of his games under Rohit and Dhoni is much less than that under Kohli.

Jasprit Bumrah is arguably the first bowling superstar of India. He has set golden standards for himself, and there is often a sense of panic when he fails to meet those standards. His performance in the New Zealand series was a cumulative result of numerous factors. The Mumbai Indians seamer was visiting New Zealand for the first time, and the smaller grounds of the nation can be tough to bowl on. The lack of support from the other end also didn’t help his cause and put extra pressure on his shoulders. The Kiwis took the cautious approach which also added to his misery. However, as Bumrah has shown from time to time, he has the mental strength of getting back of his feet. This performance of his could be compared to Messi going two games goalless or Federer losing a set to some wild card entry in a Grand Slam.  The performance is just a minor blip. His history shows that he will come back stronger. 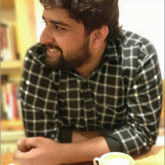