Home Features Should Rahul Tewatia be groomed as a T20 specialist ?

Should Rahul Tewatia be groomed as a T20 specialist ?

There was a time when playing Test cricket was every cricketer’s dream as it was the most reputed format of the game. Today times have changed as Test cricket has taken a back seat. The current generation of youngsters aims to play T20 Cricket as the cash-rich T20 leagues are given more priority.

Although Test cricket is still the most reputed form of cricket, T20 cricket has become a source of livelihood for many upcoming cricketers due to the money involved in it.  T20 is considered a form of entertainment but it has produced some finest talents. With the advent of IPL and other T20 leagues globally, we have witnessed some exciting young talents showcase their skills.

One such player who is gaining the spotlight these days is Rahul Tewatia. The 27-year-old has shown glimpses of his talent in the ongoing IPL season. Tewatia made everyone take notice of his talent on 27th September this year when Rajasthan Royals won the game against Kings XI Punjab. Kings XI Punjab scored 223 for 2 batting first. It looked Rajasthan Royals won’t be able to win with the required rate climbing up to more than 15.

They were 100 for 2 when Tewatia was at the crease alongside Sanju Samson. Sanju Samson scored 85 off 42 deliveries. Tewatia was a bit slow and his approach was defensive. The Haryana batsman wasn’t able to connect the ball well which put pressure on Samson. Though they put on a partnership of 61 for the 3rd wicket, Rajasthan needed 51 off the last 3 overs when Sheldon Cotrell was about to bowl the 18th over.

Left-hander Tewatia smashed 5 sixes in that over and the equation changed dramatically. Tewatia was up and running much to the amazement of his teammates. Rajasthan Royals won the game by 4 wickets. The left-hander scored 53 off 31 balls hitting 7 sixes in all. In yet another being played on 11th October, Tewatia was at his best. Rajasthan Royals were playing Sunrisers Hyderabad. Royals were struggling at one point at 78 for 5 when Tewatia and Rian Parag were at the crease. Parag scored 42 off 26 balls, comprising of 2 boundaries and 2 sixes.

Tewatia, at the other end, was at his destructive best scoring 45 off 27 balls comprising of 4 boundaries and 2 sixes. Both players won the game for their side by 5 wickets. Tewatia has scored 203 runs in 8 IPL games this season and has taken 5 wickets. The left-hander is a handy leg spinner who can turn the ball a long way. He is quicker through the air and uses his wrists to good effect. Tewatia can outfox the batsman with his flight and googlies.

The Haryana player is a fine fielder and has a safe pair of hands. His current form and his approach towards the shorter format will be pleasing to the eyes of the selectors keeping in mind the T20 World Cup next year. Although the 27-year-old hasn’t played a single game for team India, it is only a matter of time before he makes it big at the highest level. He will need some practice games to make him ready for bigger challenges at the International level.

Using him as a batting all-rounder will surely add depth in the squad and it is a gamble, which the selectors need to take seeing his hitting abilities. Tewatia can play at no 5 positions, no 6 as well as no 7 position, which is another advantage. The left-hander can be used as a pinch hitter and his innovative stroke play will create problems for the bowlers.

Tewatia can take wickets with his wrist spin during the run of play as his run-up and quick action is difficult to read. The IPL has given the all-rounder a perfect platform to express himself but it’s the consistency, which the 27-year-old needs to maintain. One area where the all-rounder needs to concentrate more is his temperamental side. Tewatia tends to get a bit erratic during crunch situations, which is why he gives away his wicket by playing a bad shot.

It will be a big challenge for Tewatia if he gets a chance to play in the national side. Every player who gets a breakthrough in the playing eleven or makes it to the squad needs to work hard to maintain his place. Tewatia too will face this situation and his job will be to keep working hard and maintain consistency. Whether Tewatia gets a chance to make it to the national side is a big question mark but it’s a gamble which might prove worthy if he is included at the right time and during the right situation. Till then we can enjoy his fearless batting in the IPL. 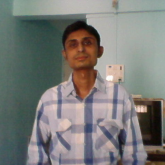 Preview for CB vs DG Dream11 Contest: The only team in the tournament to have remained without a win this tournament, the Chennai Braves are just unable to make things...