Home Analysis The thankless job of a lower order batsman

The thankless job of a lower order batsman

There are a lot of misconceptions in the game of cricket that lead to a lot of debates and one such popular yet silly misconception is that a lower order batsman has a higher batting average since they have the opportunity to remain not out more often.

So, let’s take a look at the stats and see if that is indeed the case.

While it is true that a lower order batsman remains not out more often than top-order players, it doesn’t impact the average as much as you might think.

So, although they might remain not out more often since they don’t have the opportunity to score big runs, their averages don’t shoot up much.

*All stats refer to the performance of players in ODI cricket

MS Dhoni & Micheal Bevan lead the way, both having way better RPD (Runs per dismissal) & RPI (Runs per innings) compared to the others in the graph in ODI cricket.

Not only do they stay till the end but they also score a large chunk of runs while doing so.

If you look at the history of the game, only very few batsmen have managed to keep a high average batting in the lower order.

Bevan tops the list with an average of 51 but with a much lesser SR than the other two. Probably a lot to do with the era he played in.

6 players have managed the dual of an average of 30+ & SR of more than 85 while batting in the lower order.

MS Dhoni is the only player to have scored over 5000 runs in the lower order, which is a testament to his consistency over the years.

Suresh Raina and Andrew Symonds are the only two in the list who have managed a strike rate of over 90.

Again, it just goes to show just how tough a job it is to bat in the lower order for a batsman over a consistent period.

If the sample size is increased, you will notice Jos Buttler & David Miller make the list, with both having strike rates of over 100.

What makes Buttler and Miller stand out is that even with a strike rate of over 100, they have still managed to keep that average over 40, which is incredible.

Buttler striking at over 116 is simply unbelievable and it just goes to show why he’s so highly rated.

For all the criticism that David Miller gets, these stats show what a good performer he has been.

What needs to be seen though is whether they can keep going for a longer period and if they can do so world cricket is surely in for a treat.

So, what makes an ideal lower-order batsman?

Let’s take the case of 3 of the best finishers in each era and look at what made them tick.

1.Micheal Bevan – The first of its kind finisher

Bevan played in an era where big hitting was never the norm as the finisher was more dependent on running between the wickets than hitting fours and sixes.

He relied on running between the wickets and strike rotation, with the occasional boundary here & there.

He used to take the game deep & finished games more often than not.

2.MS Dhoni – The man who made finishing cool again

Much like Bevan, Dhoni too believed in taking the game deep.

Running between the wickets was his strength as well but the only difference was that he had the power game to fall back on when needed.

But above all his biggest strength was his self-belief, as he knew if he played till the end, the team would win.

Unlike both Bevan and Dhoni, Buttler is more of a game-changer, who is at his best when batting first. His ability to hit all around the ground and go big from ball one sets him apart.

All three have different strengths & different ways of going about their innings and do not rely on one method, which is what sets them apart from the rest.

This article is not about just these three players alone. It is about all those lower-order batsmen & finishers who did the dirty job for their teams by sacrificing their own individual records, just so that they could see the team across the line.

TAGMS Dhoni ODI cricket
Previous PostBabar Azam has been named as captain of Pakistan in One Day Internationals Next PostTalking to de Villiers prompted me to bat at number 3 in the World Cup: Shakib Al Hasan 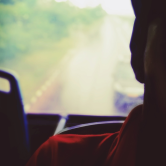