His slash over third man was a feast to the eye, his whip over mid wicket had the opposition gaping at him in disbelief, and he was a man who brought about a fresh lease of life to opening the batting in the ODI format. Sanath Jayasuriya was a man who pulverized several bowling attacks in a long and distinguished career spanning two decades.

The biggest virtue that distinguished Jayasuriya from others and acted as his armor was his fearlessness. He was blessed with supreme hand eye co-ordinaton, and when that was coupled with brute power and a totally fearless attitude, it made for an ethereal sporting spectacle when his willow made contact with the cherry.

His numbers place him in the pantheon of all time greats

During his illustrious career, Jayasuriya amassed a colossal 13340 runs for his country, at a stunning strike rate of 91.20. He is the fourth highest century maker in the history of ODI cricket, and is the only man to have opened the innings for more than 350 times in ODI cricket.

In fact, no batsman except the iconic Sachin Tendulkar has scored more runs and more hundreds than Jayasuriya while opening the batting in the ODI format. Jayasuriya also appeared in 5 World Cups for his country and scored 1165 runs, including 3 hundreds and as many fifties. The numbers that he raked up stand testimony to the fact that Jayasuriya will rank as one of the greatest batsmen ever, in the history of the ODI format.

The blitzkrieg against India

Every batsman is remembered by a single knock that encapsulates his legacy. Brian Lara will forever be remembered for being the first and only batsman to have breached the 400 run mark in Test cricket. Adam Gilchrist’s murderous 149 in the 2007 World Cup final will rank as the crown jewel of his career.

Similarly, if there is one knock that defines Jayasuriya, it was the blistering 189 that the left hander conjured against sub continental rivals India in the year 2000. In a master class that left the opposition dazed, Jayasuriya pummeled 21 fours and 4 sixes to flatten the Indian bowling attack and enabled the islanders to crush the Indian side by a gargantuan margin of 245 runs. What made the knock even more special was the fact that it came in the final of the Champions Trophy, and it allowed Sri Lanka to experience their most glorious moment in limited overs cricket, after their victory in the 1996 World Cup.

Jayasuriya- The Under rated bowler

When we talk of Jayasuriya, the first image that comes to mind is that of a batsman who carted the bowlers all around the park with sheer disdain. But then, what tends to be over looked is his ability with the ball. In fact, Jayasuriya is the third highest wicket taker for his country with 323 scalps to his name, and holds the record for the most wickets by a left arm spinner in ODI history.

His spell of 6/29 against England allowed Sri Lanka to skittle out their opponents for a total of just 180, and allowed them to romp home with 8 wickets to spare. Also, Jayasuriya holds the record for the most five wicket hauls (4 times) for a left arm spinner in ODI cricket.

The marauding left hander announced his retirement from ODI cricket in the year 2011. Encroaching age and the waning reflexes had marred Jayasuriya in the final part of his career, and the ‘Matara Mauler’ decided to walk away from the game after his 445th one day international.

Jayasuriya scored just 2 in his final outing, and as the legend walked back to the dressing room, the crowd at Kennington Oval rose as one to give a standing ovation to the batting maestro. He retired as the most capped ODI player ever, a record that was later broken by Tendulkar.

But then, during the course of a two decade career, Jayasuriya gave several sleepless nights to the opposition. He was the fearless warrior of Sri Lanka and set the hearts of the fans racing with his effervescent stroke play. 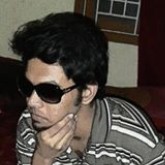 Delhi Capitals (DC) experienced leg-spinner Amit Mishra made a successful return to the playing XI with the IPL 2021 fixture on Tuesday (April 20) versus defending...