Home Features Was Ignoring Janneman Malan For The T20 World Cup The Right Move By The Proteas?

Was Ignoring Janneman Malan For The T20 World Cup The Right Move By The Proteas?

Questions galore for the Proteas ahead of the T20 World Cup. One, that is less talked about amidst the ABDs, Fafs and Tahirs, raise some doubts. And it’s that by leaving Janneman Malan out of the T20 World Cup squad, have the South Africans done the right thing?

But, up first, a context.

Only a few hours remain before the Proteas take the field in what could be a massive campaign opening game against Australia. The battle lines have been drawn, the stakes are high, more so in South Africa’s case, who’d like to do all in their capacity to shed the unbearable chokers tag that’s stuck by them all these years.

All of this with the awareness that the Australians are going to come just as hard at them as they would themselves against a team that’s been in horrid recent T20 form. This is no troll speak; in the five T20Is in the Caribbean, the West Indies hung the Australians out to dry clinching the series 4-1 (remember the Proteas beat the same West Indies team just before)

But for South Africa though, things appear to be bright. How’s that?

Gladly, Quinton de Kock, albeit with an ordinary IPL campaign (two fifties from eleven outings at a strike rate of 116), Aiden Markram, fresh from a T20 outing against the Sri Lankans (batting average of 69, two innings, including one not-out) and a decent IPL, and David Miller, 333 T20 runs in 2021 (so far) from twelve games, including five not-outs, are around as the batting core.

Besides the familiar three, the presence of Rassie van der Dussen, fresh from a fantastic warm-up ton against Pakistan, is hopefully in good form to ignite what many wish to see in the mother of all sporting battles: #ProteaFire

That said, the presence of captain Temba Bavuma, in what could possibly be his most challenging T20 assignment yet, will lend a sense of calmness to a batting order that looks explosive.

And yet, it could have been even more explosive had Malan, whose white-ball form this year has been commendable, not been eliminated.

Janneman Malan! Why was he left out?

Upon first thoughts, that Malan wasn’t included at the back of a failure in the T20Is against Sri Lanka, wherein he could make no more than four from two games seems rather harsh. Unfair even.

That’s down to the fact that in 2021 alone, Janneman Malan has scored 206 runs from nine games, with a fifty but importantly, at a strike rate of 138.

Even to the harshest critic, who may well prefer to ignore de Kock’s excellent run in the Caribbean in the face of the left-hander’s lame results in this edition of the IPL, Malan’s performances would have begged a simple question.

Was the right-hander ignored from the WC squad at the back of failures in two innings alone?

And if not, then what rational explanation would the selectors have given themselves and if possible, to Janneman Malan himself for leaving him out when in thus far, in 2021, the Nelspruit-born amassed nearly 500 runs from just six innings at an average, that’s – would you believe it- 98?

It was a little over two months back where the opening batsman plundered, not accumulated, 177 runs against Ireland.

Malan chose a hitherto less explored venue, The Village, at Dublin as the venue for his career-best ODI figure. In that same game, de Kock fired 120 and the duo made headlines for a fiery opening-run stand of 225.

To many others who at that point in time would rather have concerned themselves with other ‘significantly important’ games elsewhere, for instance, West Indies’ final T20I versus the Aussies, the meaning of Malan’s 177 was rendered unfelt. At least, that’s the feeling one got since an inning of immense magnitude of concentration and ruthless execution wasn’t written about a great deal as is usually, a knock by any of cricket’s elite powers.

That the games weren’t even broadcasted all over the globe, especially in geographies where cricket regularly hits the TV box and where specific subscription models aren’t yet an order of the day, a fine inning was lost in thin air or so one reckons since there’s little recollection of anything that your leading sports channel (or subscriber) doesn’t show and for which, you have to depend on apps et cetera, with all due respect.

Nonetheless, Janneman Malan, whose 2021 ODI average currently stands at 98.6, in comparison to 2020’s 76, didn’t just stop there; he’d continue plonking his opponents and anyone who dared to challenge his largely-in-transition Proteas side. Take the Sri Lankans for example.

Just last month, Malan hammered the Lankan tigers in the 2nd ODI at the Premadasa courtesy a fluent 121 that came off just 135 deliveries.

This was when he had gotten out rather cheaply in the series opener wherein a twenty three off thirty one indicated, at best, a fluent start not more.

But Malan, in this second game of the series, was a man with a thing to prove. He’d become Sri Lanka’s undoing for smoking 121 of his side’s 283 runs alone, an effort for which he earned the player-of-the-match award.

So why then was Janneman Malan not included when even in the shortest form of the game he’s only increased his returns, as indicated by an improved average as well as strike rate?

In an age where Shakira’s famous track does not lie, it ought to be noted that so do the numbers. The math, above and beyond emotions, unlike fictional tales and soapy sagas, distil the supposed from the ‘what actually is.’

WATCH: The controversial Mark Boucher – Marvan Atapattu run out from the past

Just for everyone’s contention, the phlegmatic batsman averaged 17 in T20Is last year while, at this moment, his record reveals an average of 22.9. If that’s not an improvement or reason to consider someone moving up in his craft, then by that logic, maybe a soaring T20I strike rate – 138 in 2021 in comparison to 94 in 2020 – too wouldn’t hold much value.

Who knows what’s right or wrong and who’s fair and who’s not. We can now only hope that the team the selectors have put together will go the long way and can, in the very least, find a way to make it to the semis.

While it’s true that in order to win a game, you need more than just a fiery batsman and what you do need is great balance in the make-up, what the Proteas have, to be frank, is exactly that.

Just that with the addition of an in-form batter, one who’s more likely to trample bowlers without much fuss instead of wax lyrical about how great the love for batting means to him would have loved to show the practical whilst discarding theory.

Lastly, what the world truly needs is a full-strength, strong South African side; what it does need is one of the sport’s finest embodiments of excellence and flair to rise to the occasion. Just like it did in the past, just like it still can – and will hopefully do – in what lies ahead. 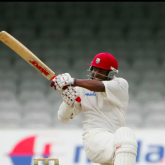